SILENT YACHTS Australia – Behind the scenes, the electricity flows in all directions

Silent Yachts are solar-electric. Behind the scenes, the electricity flows in all directions – an ingenious construction principle.

Solar electric drives on the water are still something completely new. Anyone who has experienced it once and tried it out, is literally electrified. And maybe you would like to know more: How does such an emission-free boat work? How is the energy cycle – 24 hours, day and night – aboard a Silent Yacht?

Electricity flows on board a Silent yacht in all directions. Part of the energy demand from the solar cells is produced on the roof of the cabin house. The result: Silent widths that we experienced when testing the Silent 55 off Mallorca. The shipyard has now presented a video explaining the journey of electrons aboard.

The Silent Yacht is a small, floating solar power plant. float explains how much sun must shine for electricity to be produced. And how long the regeneratively generated energy supply is sufficient until the course has to be taken to the next outlet. Here is the fictitious daily routine of a silent yacht.

3:00 clock: Twilight state. The silent yacht of the Heimlich-Stillundleise family hangs in the marina at a harbor power outlet, the batteries were already fully charged at night. The only active consumers are the fridge and a few LEDs – the rest as well as the crew sleep in a deep sleep …

Many controls can be omitted 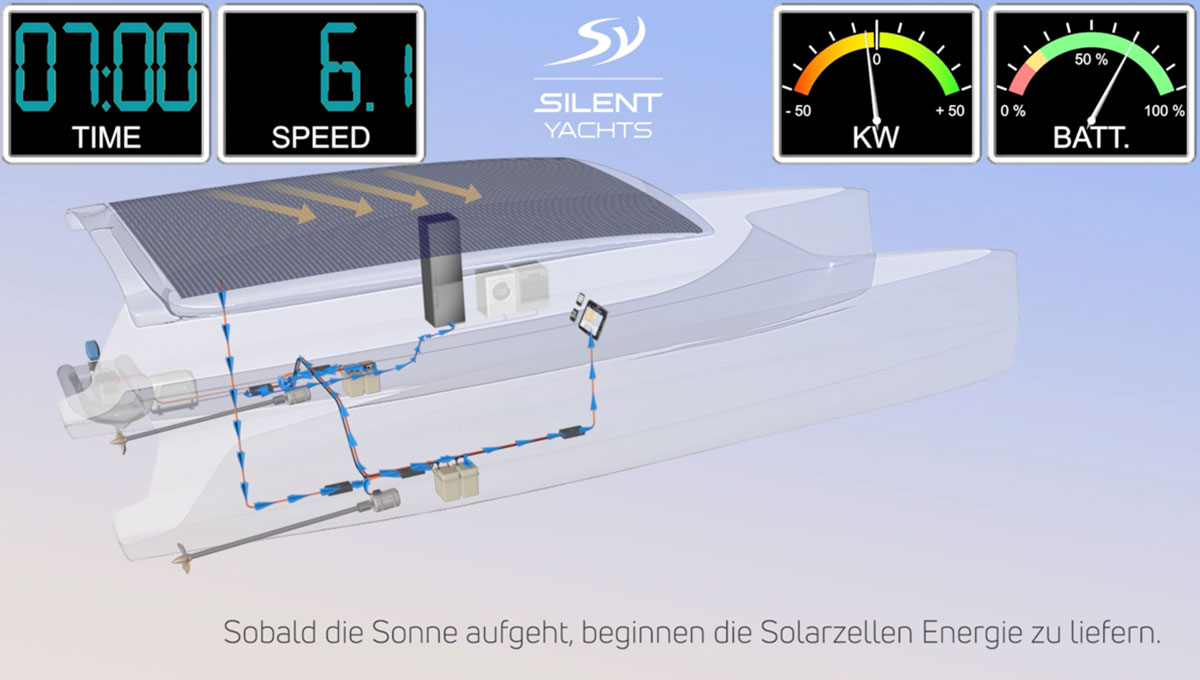 7:00 am: Sunrise. Meanwhile, it is light and the owner awakens – but not on board, but in his apartment on land. A trip is planned, so the skipper pulls out his smartphone and starts at breakfast from afar, the air conditioning, so that the salon on arrival of the family is already pre-cooled – as it works with electric cars from Tesla, VW and other brands.

9:00 am: Embarkation. The family goes on board. Check cooling water level? Check oil level? That was – most of the routine controls that the owner still remembers from his old motorboat are lost to an electric yacht, so you’re ready to go much faster. Only the energy supply – analogous to the fuel gauge – must be checked.

Status query as with the electric car

The on-board computer shows fully charged batteries – even the skip was already able to remotely check via smartphone app. Since the sun has been shining for two hours, the minimum energy losses from the night from the fridge have long been recharged. Then the owner looks at how much energy he has fed into the grid over the past five days. 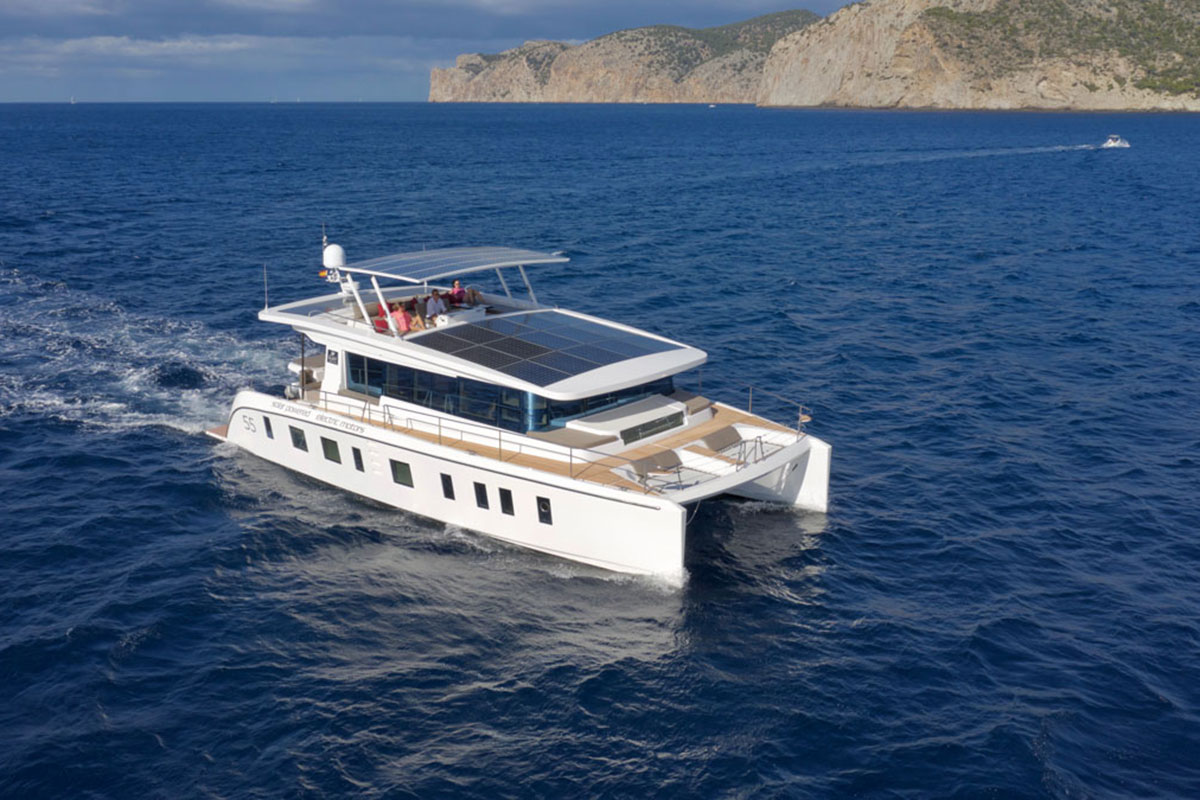 9:15 am: exit. The yacht silently leaves the marina. The family has planned a quiet bathing day in quiet coves. The Silent glides with nine knots in the approximately 15 nautical miles away bay. The generator is not needed.